Tips for Getting Your Teen to Wear Braces

Does Vaping Affect Your Oral Health?

If you're a smoker, you may be considering vaping—using an electric cigarette that produces vapor instead of smoke—either as a way to help yourself stop smoking or as an alternative to cigarettes when smoking isn't an option. The big question when it comes to vaping is this: is vaping really safer than smoking? When considering the question, you need to think not only about the effect vaping has on your lungs but also how it affects your teeth and gums. Here are a few things that you need to know about the effects of vaping on your oral health.

Nicotine Is Linked to Gum Disease

One thing that's important to understand is that nicotine in any form is linked to gum disease. It doesn't matter if the nicotine enters your mouth by smoking, chewing tobacco, using nicotine gum, or vaping. Nicotine always has a negative impact on your gums. Nicotine is a vasoconstrictor, which means that it reduces blood flow. With inadequate blood flow to your gums, they get less oxygen and other nutrients that are carried in the blood, and this creates an environment where gum disease is more likely. What's more, because nicotine reduces blood flow, it can actually disguise a common first symptom of gum disease—puffy, red, or bleeding gums. This means that using nicotine may not only increase your risk for gum disease but can also make it more difficult for you or your dentist to tell that you have gum disease until it becomes advanced.

Vaping involves using "e-juice" that usually contains nicotine, so vaping may put you at greater risk for gum disease. Not every bottle of e-juice contains nicotine, but most do. After all, you need nicotine for e-cigarettes to be an effective substitute for cigarettes containing nicotine. What's more, it can be hard to tell exactly how much nicotine you're getting with each puff of an e-cigarette. A lot depends on the build of the e-cigarette as well as the concentration of the e-liquid. Some e-cigarettes may release more nicotine than others. A clogged or malfunctioning e-cigarette could drip e-juice into your mouth, exposing you to even more nicotine at a higher concentration. You could be taking in more nicotine per puff than you would with a cigarette, or less, or roughly the same amount. As far as nicotine exposure goes, there's no way to tell for sure whether you're safer with an e-cigarette or a cigarette.

However, e-cigs come with their own chemicals, and a new study suggests that the chemicals used to flavor e-juice can be just as harmful to the cells in your mouth as a tobacco cigarette can. When burned, these chemicals release proteins that cause inflammation, which can lead to cell damage. This cell damage may lead to various oral diseases. Research also shows that different flavors cause different levels of damage. E-juice comes in a wide variety of flavors that can be sweet, sour, savory, or spicy, and manufacturers are always coming out with new flavors. You can also buy your own flavorings and mix them yourself at home. With so much variety, it can be difficult to tell whether the flavor you're using is more or less harmful to your oral health than another flavor would be.

It's debatable whether e-cigarettes are safer for your lungs than tobacco cigarettes or whether second-hand vapor is safer than second-hand smoke. But early evidence suggests that vaping is no safer for your teeth and gums than conventional smoking is. To preserve your oral health, kicking the habit is your best bet. Talk to your dentist about strategies and medications that can help you rid yourself of nicotine entirely instead of just trading one habit for another. 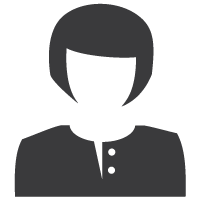 When my oldest daughter had to get braces, I made a deal with her. She could get invisible braces as long as she wore them. She did not. When I talked to friends whose children also had invisible braces, I learned that my daughter was not alone. Despite the braces being almost unnoticeable, they were still reluctant to wear them. After brainstorming with friends and our dentist, I created this blog of useful tips to help other parents who are having trouble with getting their teens to wear braces. With the right combination of tips, it is possible to get your teen to wear his or her braces on a consistent basis.